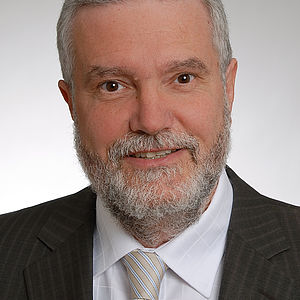 Prof. Dr. Kießling studied electrical engineering with a focus on electrical power engineering at the Friedrich Alexander University Erlangen-Nuremberg, where he received his doctorate in 1989. He worked for 25 years in various positions and fields in industry at national and international level. In Great Britain he headed the product management for network protection and automation of the REYROLLE brand until 2009, after which he was responsible for strategy at Siemens Energy Automation. In 2014, he took over a research professorship at the Energie Campus and at the University of Applied Sciences Nuremberg and works on topics relating to "modern buildings in the future power grid".