In the frame of a joint project with Forschungszentrum Juelich, researchers of Energy Campus Nuremberg are working on a new generation of electricity storage systems. 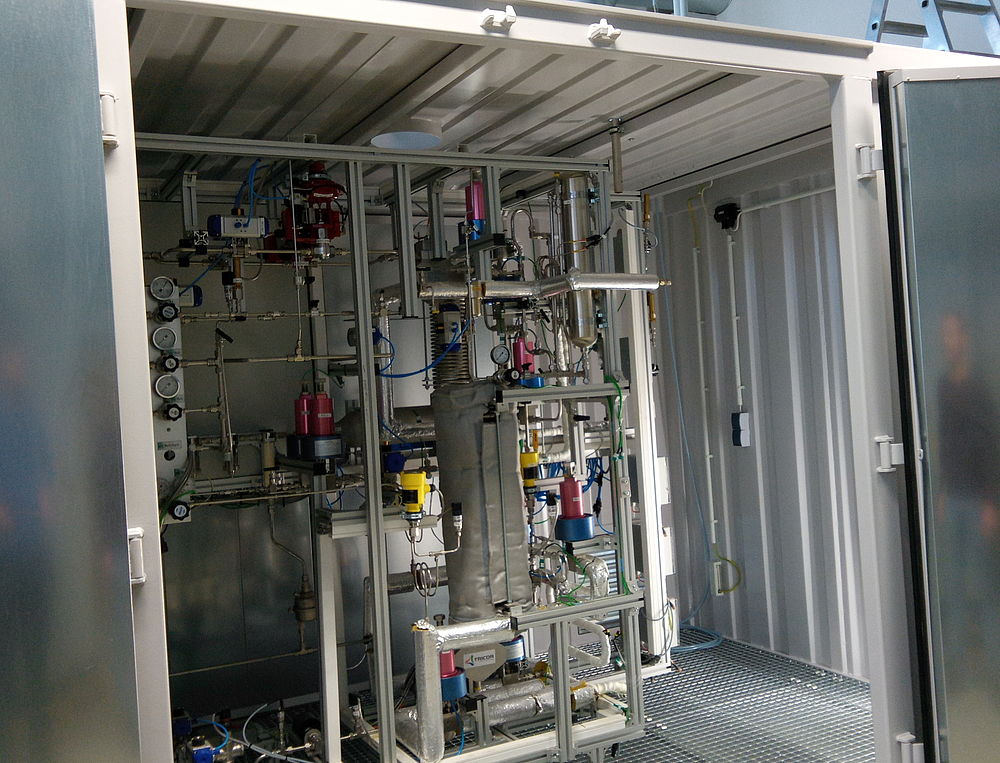 The storage of large amounts of energy on a TWh scale is a central problem for the future, increasingly renewable, energy supply. In the future, stationary power-to-power storage systems should be able to stabilize distribution networks and absorb periods of low power generation. One possibility for storing large amounts of energy is the electrochemical generation of hydrogen when there is an excess of energy and its reuse in line with demand in times of increased energy demand.

Liquid Organic Hydrogen Carriers (LOHC) can store very large quantities of hydrogen in the form of a liquid under ambient conditions. Classic LOHC systems have been developed primarily for hydrogen transport. Through consistent further development of catalyst and reactor technology, however, efficient, stationary storage solutions are now also conceivable.
The provision of the reaction heat for hydrogen release is decisive for the efficiency of any LOHC process. If electricity generation using hydrogen and heat generation can be profitably combined for the process, overall efficiencies of more than 40% are possible for such a storage process.

In this joint project with Forschungszentrum Juelich, a ceramic high-temperature fuel cell (SOFC) will be integrated into the storage process. Due to the high temperature level of the fuel cell, it is now possible to use the losses that already occur during power generation as process heat for dehydrogenation. In initial test series, it was also shown that the ceramic fuel cell can also be used in the opposite direction, i.e. for electrolysis of water. In this way, the electrolysis cell is omitted as an additional process component for a stationary storage system.

At the Chair of Chemical Reaction Engineering and Helmholtz Centre Erlangen-Nuremberg, the foundation has already been laid for further process simplifications and increases in efficiency: The oneReactor technology enables the hydrogenation and dehydrogenation reaction to take place in the same reactor, so that the storage and release of hydrogen can be changed dynamically.
The combination of both developments represents the next step towards high-capacity electricity storage. A step towards which researchers at the Nuremberg Energy Campus are making their contribution.